Memories Of A Street Rat (Part 1) 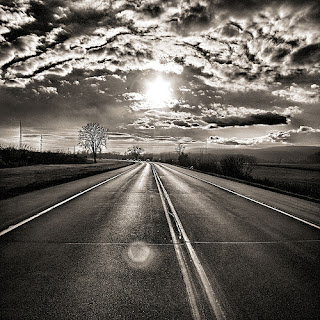 I called this blog, a series of lost highways because it was the one thing that was ever constant within my life.

Most of my life I spent roaming desolate roads in the quest for a better understanding of my world and the god I never understood. Seeking explanation in life and the questions that were never answered right enough for me, After awhile I fell out of love for the creator and embraced the family of the created but that is something for another time maybe...

So I might spin you a tale, one of truth with hidden names and sometimes places to protect those who do not want to get in trouble (mainly me) A story of my life on the streets, the person I was before. I will not go to far back in my details, I understand that not everyone wants all the details and also cause somethings are better left unsaid. You also may ask yourself "why does he have such a detailed view of the past" and I will say because I can't forget anything but that's just here say and has nothing to do with the story at hand.

Well the first part of my story goes like this...

I was born under a shroud of mystery, the heavens cracked open and a great hand placed me in this world as a gift to mankind with a virgin birth... hahaha sorry I thought it was funny.

No I was born no different, just another child born and placed in front of the idiot box for my parenting and entertainment. I was a bad child, never accepting rule, parents, teachers and anyone who tried to stand above me got the wrath of my childhood jinx. You could say I was the devils child but that also goes along with the mystery bullshit i was discussing earlier of my great virgin birth.

I started running away early, my family was a very liberal one. My parents were atheists (well becoming atheists at the time) and religion and church was never brought upon me. They drank like fish and partied all the time, one of my favorite memories is my father sitting me down when I was but a wee child and handing me a drink and telling me the dangers of pot 0.o Without going into many details I will give you a short list of my childhood points. By the age of 12 I was already a full blown alcoholic, and seeking restitution for the sins I never knew I had stained.  I was already banned from all catholic schools and was forced to go to public because of my questioning nature (and the fact I never could sit down or even the fact I got caught playing doctor with another girl in grade 1) As I think about it the second could have been the deciding factor. I was a very sexually active child as sex was thrown upon me at a very young age. By the time I quit high school I was already in my double digits of sexual partners and was known as kinda a slut. (well that was one of many labels given to me) I was already known by the local police but my sweet nature and charm always got me out of trouble. All I needed was to flash my big blue eyes and the police just let me go. (you wouldn't believe how many times that worked over the years, and still does to a point) just not with the wife... Ok so in short I was a little hell raiser and if you want more on the subject then please just ask.

My tale starts out when I was 17, I was living with a tattoo artist and his girlfriend in a small one bedroom house in the south side of the shithole city I was born in. I met them a few years earlier when he was doing tatties in a friend of mines basement. I traded him my hi-fi beta machine for a small piece that I put on my calf of a skull and a snake wrapping around a couple poles of bamboo. One day we heard of a contest on the local radio station about making a lasting impression on them. We devised a tat of their symbol and tattooed it on his girlfriends ass. The station was having a charity for neonatal equipment in the local mall so we all went to the live feed all dressed in long coats and in between us his girlfriend bent over and mooned them with the logo shinning off her ass like a colorful morning moon. Needless to say we won four free tickets to the guns and roses concert. VIP all the way (I still wonder if she thinks it was worth it) After the concert and two days after both my friends got out of prison for their rowdy behavior at the concert we decided to take a tour of the west coast doing tats on the way.

We started out doing the Alberta run, Medicine hat, Calgary and Lethbridge. I was doing the stenciling while he was doing the work and his girlfriend drove us around. We were doing pretty good, I left with only sixty dollars in my pocket and was suppose to be paid for all the work I was doing but that never happened. We ended up in Jasper one evening at a local bar when we were invited to go up to Jasper Park Lodge (this is where my friend was living at the time) and to do some work up there. Jasper Park lodge is a giant hotel set off the rocky mountains in Northern Alberta. It consists of a hotel and six co-ed dorms for the staff. Let's just say I was a kid in a candy factory. I wasn't old enough to get in the bar but I succeeded anyways. Which was amazing cause at the time I looked 14. The first night my friends stayed in their car and I went off to mingle with the staff and ended up spending all my money for a cheap one night stand at a sleazy hotel. This didn't leave me much afterwards but a loss of respect from my friends and an empty wallet. So I did what any person would do and hooked up with the first girl I could and slept in her dorm. We did a few tats (three fighting Irish ones and a few cheesy arm bands) and they decided that they didn't want the headache I was giving them by my wild escapades and figured that they better take me away before I got myself in some trouble. After a few stops in BC they decided it would be better if they dropped me off where I had some family close by which at the time was Surrey BC.

They dropped me off and wished me the best (this was the last time I ever saw them) and left to go back home in Saskatchewan. I really didn't know what to do since this was my first time really alone. I walked to the door of my Aunt and Uncles house and knocked... They were really surprised to see me and offered me a place on their couch until I could find some stable housing. This didn't last long. Within two weeks I was homeless and living in a tree. Yes believe it or not I found an abandoned park in the middle of Surrey that had grown over and decided to take lounging to higher branches. I stayed there for about a week, until the rainy season hit and moved into some housing complex that was being made. I didn't know what to do, I was lost, fucked in the head and broke so I went and hung out in front of a store to see if I can meet anyone. After a week I started meeting the neighborhood kids and hanging out with them. I met a girl who had taken me in from the cold and let me sleep in her room while I figured out what I was doing in life.

She was employed by a small biker gang that is known world wide and started bringing me over to help her babysit. After a few nights of babysitting they sat me down and asked me if I was looking for a job? I said yes and they proceeded to give me a beeper and a list of names. If a number comes in and it matches the list, go and deliver a small package containing some white stuff and we will all be happy... Yea I honestly believed that also...


Posted by Lostrelic
Labels: stories on the streets