A Blog Is About Opinions Right? 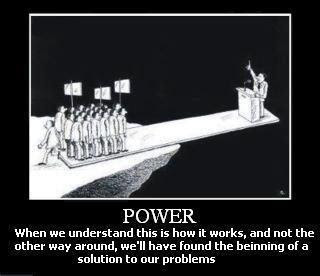 Growing up Canadian was a pretty proud thing when I was younger. Watching the rest of the world in its wars and conquest, it was nice to know that I was part of a country that was known for peace. Our social equality and our stances on individual freedoms on religion were a breakthrough. (well if you weren't First Nations that is and of coarse all under the queens blood soaked coat of Arms) We once were always in the top three places to live in the world, our green footprint helped take back some of the other industrial countries messes. We brought in same sex marriage and were one of the first countries to  propose a a treaty  to stop the use of landmines. We were about equality, and being the helpful country.

Now please don't get me wrong, it wasn't all pretty pictures of igloo's and sled dogs. We had our problems as the aforementioned human rights crimes that was given to the first nations people, http://www.hiddenfromhistory.org/RecentUpdatesampArticles/Apr102008LocationofMassGravesRevealed/tabid/71/Default.aspx (It seems we don't like to talk about this) or the racism http://www.hopesite.ca/remember/history/racism_canada_1.html  (if this racism post makes you upset just look around, I've been from one end of Canada to the other four times in my life and we are a bunch of racist.(Of coarse not everyone) but both sides honestly do hate each other because the government has separated us by inequality) Like we had a choice on what color we were born in... or country.

Now as we step into 2012 and I take a look around at the country I was once so proud of, I even have the tattoo of the maple leaf somewhere on my body. (That wasn't one of my brighter moments in my youth but I do live by my scars.) Well we have the lovely wound of the Alberta tar sands  http://desmogblog.com/top-10-facts-canada-alberta-oil-sands-information and this http://one-blue-marble.com/alberta-tar-sands2.html
We have our benevolent lord and prime minister Steven Harper http://twitpic.com/7lzryz seems to be trying to create a army to deal with the ongoing terror of Occupy oops sorry I mean terrorists. http://www.cbc.ca/news/politics/story/2011/12/13/pol-f35-deschamps.html  http://www.cbc.ca/news/canada/story/2007/07/09/arctic-cda.html
And so far as I can see this is Canada's biggest threat http://presscore.ca/2011/?p=1167 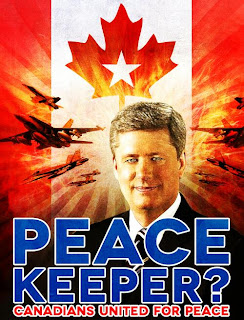 We are changing and growing here in Canada, but it does seem we have taken a wrong turn and started following the mistakes of our neighbours. We are being corrupted by corporations as they sell our lands, and we see nothing of the profits. Or equality is failing and our so called free healthcare is costing too much. We need to stop fighting each other, well the world needs to but that's another write. Let us come back to our former glory and this time make that equality and healthy living for all. Of coarse I grew up on my stance on Canada, I became one of those "socialist" types that dream of a world without any boarders. That a piece of cloth can cause so many untold wars. You know if you really think about it, we do look like such a stupid species. If aliens are watching us, I'm sure it's only for amusement. We fight over paper (money) fabric (flag) religion (Stories) Land (that's not ours, and every person has the same claim to this earth as anyone else) (And) (Stabbing a stick in the ground and killing everyone that goes near it, still doesn't make it yours) and materialism (weight upon our backs) but that isn't the point I'm trying to get.

It's time to stand against a failing government, our leaders are only puppets and the ones who hold the most money and power pull the strings. The system is broken, so stop kidding yourself. If we keep letting them push us around, then our children will never learn to stop bullying. We can't let them turn this world into a polluted industrial wasteland. Don't make all those 80's apocalypse movies come to be, I myself wouldn't be a good road warrior. Remember you don't have to love everyone to give them respect, and respect is something we are lacking in life.
Posted by Lostrelic