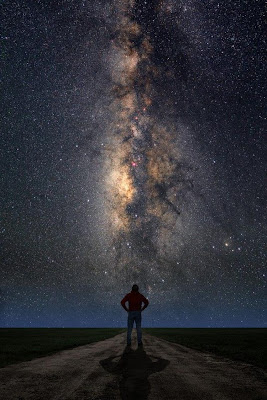 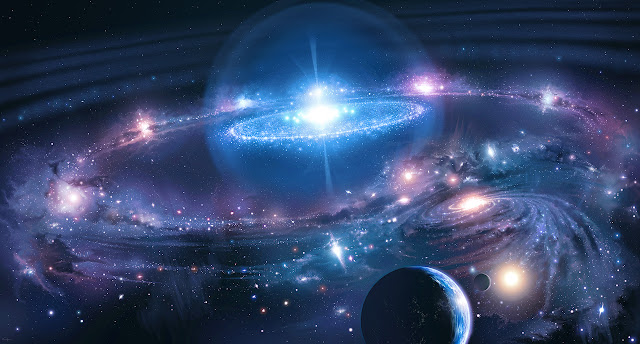 =
As Michael stares into the sky he notices a slight movement from the corner of his eyes. The stars start slowly to twist and swirl. As one moves a second follows faster as if a hole has been unplugged and the sky is draining. In the far top left an eye appears and winks, Michaels stand still, his body starts trembling from his core. Another eye appears as the stars take the form of a face floating high in the night sky. Maybe you're brighter then I give you credit for boy; the face says directing its voice from every direction. There might be still hope for you yet! Who are you? Michael asks. My name is sing. Where am I? You are at my lab, sing starts laughing at the end of the sentence. You should have seen the look on you face it was so funny. Agghh he screams and pretends to flail giant arms made of stars. I wish I had recorded it that would have kept me laughing for a millennium. Agghh! Ha ha ha. Boy I scared the shit out of you. Why do you keep calling me boy, my grandpa use to call me that all the time and I hated it. I know, I can read your mind. I figured It would get your attention quicker. Can you please stop it! I don't really like it. Fine says Sing; I'll call you something you like, how about My'key? I know you like that. Fine as long as you stop calling me boy. Cool well My'key, now that we have introduced ourselves I'm going to wake you up. Just please don't start freaking out again, I have a lot of sensitive equipment here and I don't want to see anything broken. The image before him goes blank; an overwhelming sense of vertigo enters his mind as the sudden feeling of falling becomes reality. He starts drifting down in a unknown abyss. Darkness is all he can see except for a pinhole light off in the distance. The light starts getting brighter, his eyes feeling like a stranger to this new found glow ache from within his skull. He is falling faster as the lights flash from red, blue, red, yellow. Fear starts to grips him, he starts to scream aghhhh when all of a sudden his body hits something cold and hard. He is wet, a slime is covering his eyes and mouth. He tries to claw at the substance when he feels a set of hands rest on his shoulders. Don't worry My'key, it's not like you haven't done this once before. Scared Michael grabs the thick-skinned hand and starts to shake. Song reaches over and stats to clean his face with a damp clothe. Gently taking his time to get all the pieces from his face. Your eyes will hurt for a bit but once they adjust you should notice a complete difference in your vision. Michael squinting tries to speak, his throat feels like its on fire. He tries to speak but a croak is all he can produce. Just relax, sing says. It will take a hour before you feel better. Handing him a slim vile to his lips he asks him to drink this slowly. The taste is bitter, like sucking on the sourest candy, but he does feel better. Clothes your eyes and sleep. I will explain everything when you wake. Michael slips off to sleep, in his dreams he is flying something that looks like a plane over the fields of his house. He sees his home and his mother in the garden pulling weeds. She looks up and waves, the screen in the ship shows her face as a tear slides down her cheek. Don't worry he hears her whispers; this is what you were born to do. The air is heavy, like carrying small wet sacks on the lungs. It tastes sweet against his tongue and smell reminds him of sitting under a cherry blossom in full plume. His heart is pounding in his chest, the sound not helping the headache that seems to building a shop right in the center of the brain. A sharp pain hits his left calf, a dreamy voice says something about this should work and the crew in his head just up and decided to take an early lunch. He tries to open his eyes; the light doesn't hurt as much as it did before. It was like looking through a kaleidoscope that he had as a kid, the colors twisted and unfocused never giving time to settle on just one thing. The room was an eerie white light, almost florescent without the hum. There was no noise in the place just his fear screaming within his mind and his heart beating. He attempts to sit up stumbling a bit; his eyes feel like they are rolling down a hill. He just can’t seem to focus on anything in the room but the light that surrounds him, it’s so beautiful...